Call for Nomination of Member Directors

Call for Nomination of Member Directors

Western Murray Irrigation Ltd (WMI) is calling for nominations from suitably qualified Members to fill vacancies on the WMI Board of Directors as follows:

Retiring Directors are as follows, with each being eligible to nominate again:

A letter will be sent to all Members (shareholders) in August seeking nominations.

In the meantime, a Director Nomination Form is available from WMI by telephoning 5027 4953 or by e-mailing enquiries@westernmurray.com.au

It should also be noted that the Board resolved the following at its July 2022 meeting:

That the number of Member Directors to be elected to take office immediately after the completion of the 2022 Annual General Meeting be as follows:

such that the number of Member Directors who will hold office immediately after the completion of the 2022 Annual General Meeting (including those to be elected and those who will continue to hold office) will be as follows:

that is the same as the maximum permitted in the Constitution. 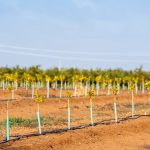